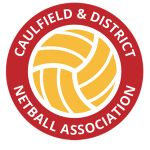 CDNA aim to select Representative teams every year in the following age groups:

Selections are generally held around October to select the teams for the following year, with pre-season commencing in December and players given a home program to complete during the Summer holidays.

Teams (13/U and above) compete in weekly Representative competitions at Waverley Night Netball Association and all teams participate in a number of tournaments across the year as well.