Who are we and what do we do? 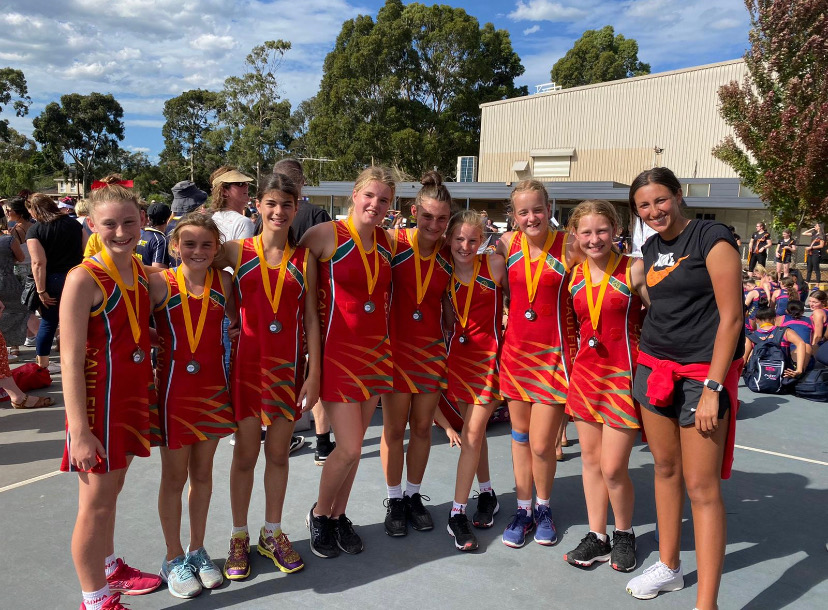 Caulfield and District Netball Association (CDNA) was created to provide and facilitate a competition for domestic netball teams at the Duncan Mackinnon Reserve, on the corner of Murrumbeena and North Roads, Murrumbeena.

CDNA consists of a volunteer committee and several part-time staff who work together to deliver the competition each week, as well as provide a canteen service to players and families during game time.

CDNA also select, coach and manage a number of Representative (Rep) teams to compete against Rep teams from other associations at a higher level of competition.

In addition, CDNA host an annual Tournament, assist with inter-school competitions that are held at the courts, host and run a NetSetGO program for young players and work continually to develop umpires.

During the 1980s, local netball clubs were members of the South Eastern Metropolitan Churches Netball Association (SEMCNA). Teams came from Glen Iris, Sandringham and surrounding areas, and included the Caulfield South Netball Club and Kooyong Road Methodists’ Netball Club.
Teams played at local schools and churches before finally basing themselves at Dales Park and St Peters in Bentleigh. Competition was held on Saturday afternoons.
The Association petitioned the local council, the City of Caulfield, for facilities within the municipality, but without success.  The SEMCNA sub-committee them commenced lobbying and working with some councillors to obtain the requisite funding to establish their own home base. The sub-committee included Prahran Netball Association, who were also seeking their own premises. Two councillors who were active in working with the Association were councillors Ed Biggs and James Barrett.
After successfully lobbying the Federal (Labor) Government, a grant of $175,000 was obtained. The City of Caulfield then supplemented this with an additional $75,000. This money was enough to construct courts, establish the Association and make available some facilities in the existing pavilion at Duncan MacKinnon Reserve.
Eight courts were constructed on the area originally used as a junior soccer oval and were officially opened on 25 July, 1993.
Caulfield and District Netball Association (CDNA) commenced in 1992 and selected its name due to being located in the (then) City of Caulfield. Committee members were all volunteers. The first President was John Boorn, who had been an active member of the sub-committee seeking to establish the courts.
To obtain members, Expressions of Interest were called for from local clubs and approximately eight clubs joined. Competition switched to Saturday mornings, with around 55 teams. Since that time the Association has steadily expanded, and in 2021 had just under 200 teams registered. Competition has spread to include Friday evenings when the 11/under competition is run.
On 28 October 2015, the new Pavilion at Duncan Mackinnon Reserve was officially opened, providing CDNA with improved facilities including a canteen and changing rooms. Office space for the Association was relocated to Moorleigh Community Village, East Bentleigh where a number of staff work to complete all the administrative and “behind the scenes” operations.
In 2018, two more courts were created as a result of funding from Sport and Recreation Victoria and the City of Glen Eira, under the Community Sports Infrastructure Fund. The additional courts were officially opened on 17 October 2018.
Glen Eira City Council built a new office for the Association upstairs in the pavilion, meaning staff could move from Moorleigh Community Village back to being located at the netball courts permanently. The office was officially opened by Mayor Jim Magee on the 27th October 2022, at the same time as the Association was celebrating its 30th birthday with members, club presidents and local politicians and dignitaries.

Courts and facilities continue to be maintained with the involvement and support of the City of Glen Eira, the CDNA staff and volunteer CDNA Committee members.